There are some matches that set themselves apart from the rest, ones that become instant classics and establish themselves in the annals of tennis history. The competitors are catapulted into the highest echelon, their names etched in the record books and their place secured in the hearts and minds of fans. Sunday’s contest between Rafael Nadal and Daniil Medvedev in the US Open final is one match worthy of that reverence.

The line that separated Nadal from victory and defeat was a fine one. The World No. 2 seemed so close to crossing the finish line after two sets that a straight-sets win and a fourth US Open crown seemed almost assured.

Three sets and almost three hours later, the Spaniard struggled to remain upright as he grappled with both defeat and a stubborn, determined opponent. After nearly five hours, the 33-year-old emerged victorious, 7-5, 6-3, 5-7, 4-6, 6-4, lifting his 19th Grand Slam trophy and nudging one step closer to Roger Federer’s record 20 major titles.

“These are matches that can change history,” coach Francis Roig told ATPTour.com following the epic win. “We have already been through these types of matches and [on Sunday] we had to win. I think history owed us this one, and we accomplished this feat.”

Roig was referring to the painful memories of Grand Slam conquests that barely slipped out of Nadal’s reach during the past several years. In 2014, a back injury hindered his charge’s performance as the Spaniard fell in four sets to Stan Wawrinka 6-3, 6-2, 3-6, 6-3 in the Australian Open final.

“You don’t know how many opportunities like those he’ll have. Rafa is always seeking them out, though, and he tries to make the most of them at this point in his career. But it’s clear that losing a Grand Slam final hurts,” said fellow coach Carlos Moya, who was on hand to witness his pupil fight off multiple break points and a hard-charging Medvedev in dramatic fashion down the stretch. “It’s amazing what Rafa has achieved. He’s won majors in three sets. He’s lost them in five. But he’s always right there battling until the end, and he has this uncanny ability to pull through in difficult circumstances. He’s proven that once again.”

On paper, the final looked intriguing but lacked the allure of an enticing showdown between Nadal and the likes of Djokovic or Federer. On court at Arthur Ashe stadium, however, the encounter produced similar fireworks and resulted in one of the most emotionally charged, enthralling matches of Nadal’s career.

“In terms of excitement and emotion, it’s Rafa’s biggest victory since I joined his team,” Moya confessed. “The last four Grand Slam finals that I’ve been a part of, some were difficult to endure and others, not as much so. But this is definitely the most significant, especially when you take into consideration factors like the speed of the surface.” 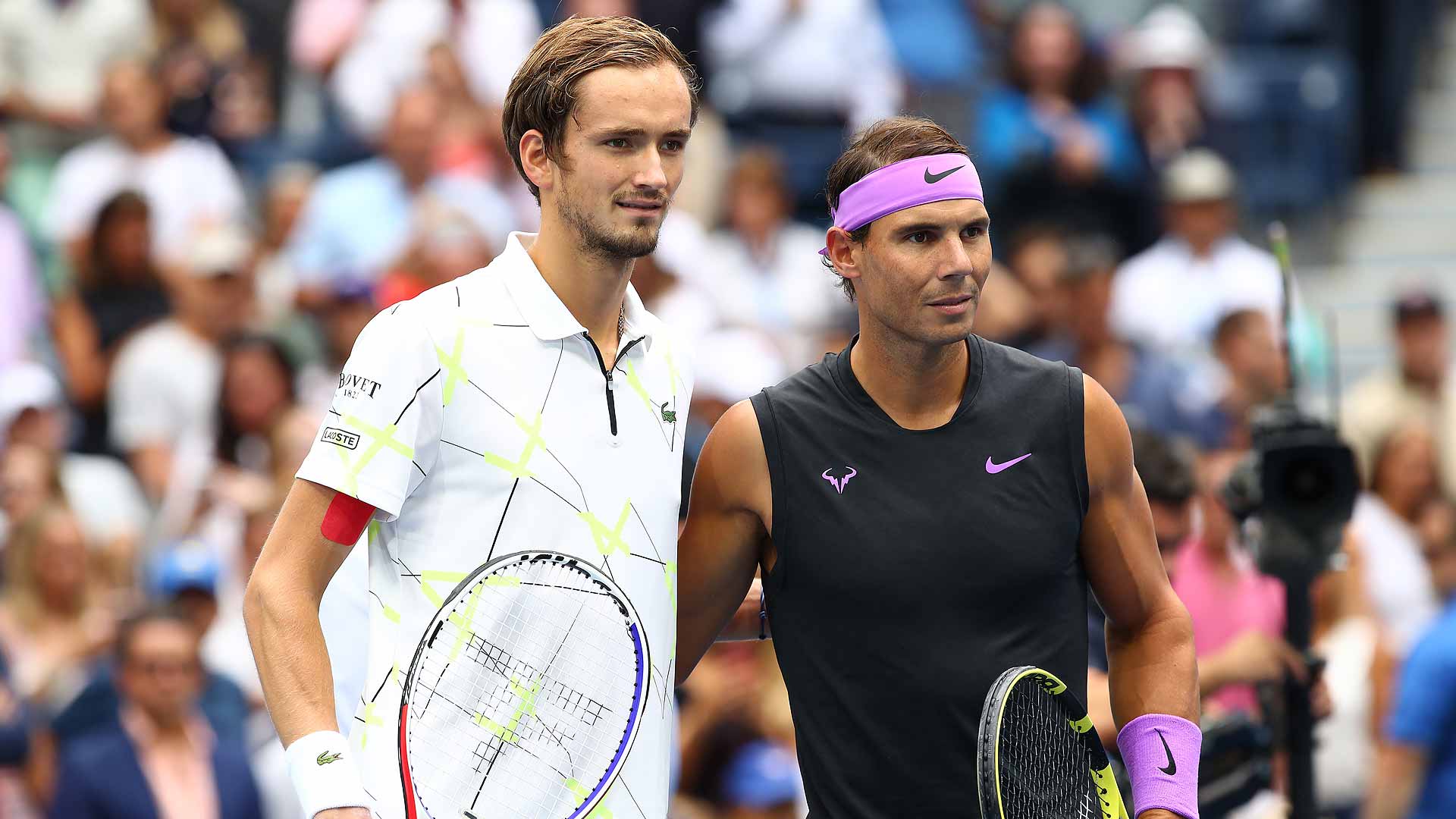 As fierce and intense as his matches against familiar foes Djokovic and Federer have been, the pressure is even greater and stakes are higher, according to Roig, when it’s a different opponent standing across the court and in the way of another Grand Slam championship.

“Our level of euphoria is determined by the amount of theatrics involved during and surrounding a match,” said Roig, who has been in Nadal’s corner since nearly the start of his career. “Whenever Federer and Djokovic are out of the equation and Rafa is labeled the outright favourite, the pressure rises even higher and that only complicates matters.

“This was a match we couldn’t afford to lose. Medvedev had the kind of summer that made it hard to imagine him losing. They battled on equal terms and even as Rafa lifted his game, you could see the effects that was having on his body. The tension was at an all-time high and we saw no areas of weakness for Rafa to exploit. But that’s what makes Rafa such a great competitor: he always seems to find a way. It was an epic match.”

And if both coaches can agree on something, it’s that their charge saved his best for the final match of the two-week tournament.

“It was such an exciting match with so many possible outcomes. I wasn’t sitting comfortably at any time throughout the five sets,” Moya said. “We saw so many aspects of Rafa’s game, and he played his best match of the tournament. We knew going into the match it wouldn’t be easy and we were aware of what his opponent was capable of doing so we weren’t surprised by how things played out.”

For Roig, Nadal’s true colors ultimately showed in the fourth and fifth sets when he was forced to dig deep in order to pull through.

“Rafa really shines in the face of adversity,” the coach said. “He unleashes everything in his arsenal when it matters most. In those final sets, he hit even harder and more precisely. His groundstrokes were on target, and he found another gear in order to win.”

Scroll Up
We use cookies to ensure that we give you the best experience on our website. If you agree - clickOk